Better forecasts could have prevented losses for Swedish hydropower in 2015 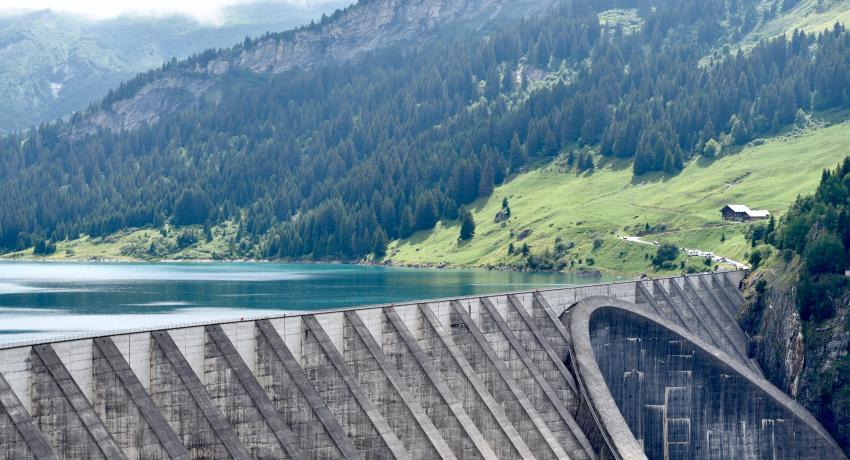 Very wet weather in Sweden in summer 2015 caused power prices to plunge. The resulting losses for hydropower operators could have been reduced if they had used seasonal forecasts in their decision-making, a study by S2S4E shows.

In the period May-July 2015, precipitation levels in Sweden were well above normal for the time of year, with the rain filling up the country’s hydropower reservoirs. At the same time, it was also unseasonably cold, causing snow melting to occur slower and later than expected

In early July, there was still a lot of snow left in the mountains. When this melted later that month, the water inflows to the hydropower reservoirs became extreme, and many hydropower producers had to release water from their reservoirs without using it to generate electricity in order to reduce the risk of flooding.

Not all hydropower plants have reservoirs, however, and the wet weather led to very high unregulated hydropower production. In addition, wind levels were also strong, causing high wind power generation.

The combination of very wet and windy weather caused wholesale power prices to plunge. After having fallen all summer, the Nordic system price hit a 17-year low on 26 July, at EUR 3.88/MWh, according to data from the NordPool exchange. It was at the time the lowest ever Nordic spot price denominated in euros, and the last time it had been lower was in August 1998, about four months before the introduction of the euro.

Moreover, for the third quarter of 2015, Nordic spot prices averaged EUR 13.30/MWh, which was 58% lower than during the same period the previous year. The weak power prices had a strong negative effect for the companies selling electricity in the Nordic market, as the low prices reduced their earnings from power production.

Both the unseasonably wet weather and the amount of snow left in the Swedish mountains in July had been underestimated by most forecasts, and the result was that the water inflows to the hydropower reservoirs were much higher than expected.

If the hydropower producers had known in advance how high the inflows would be in late July, their economic losses could have been reduced, as they could then have increased their power production earlier when prices were higher. By doing so, they would also have reduced their hydro filling levels to leave more room for all the water that was to come later that summer.

A case study done as part of the S2S4E project has found that if the hydropower producers had used seasonal forecasts instead of hydro-meteorological forecasts – which only show predictions for the following ten days – they would have had more reliable information in advance of how the situation would develop, which would have enabled them to become better prepared for it.

As a part of the case study, seasonal forecasts were produced for the May-July 2015 period, based on data from the European Centre for Medium-Range Weather Forecasts (ECMWF) – one of the world’s six leading weather agencies.

These forecasts showed already three months in advance that precipitation levels would be above the seasonal norm, and that there was a high probability that water inflows to the Swedish hydropower plants would also be above normal. 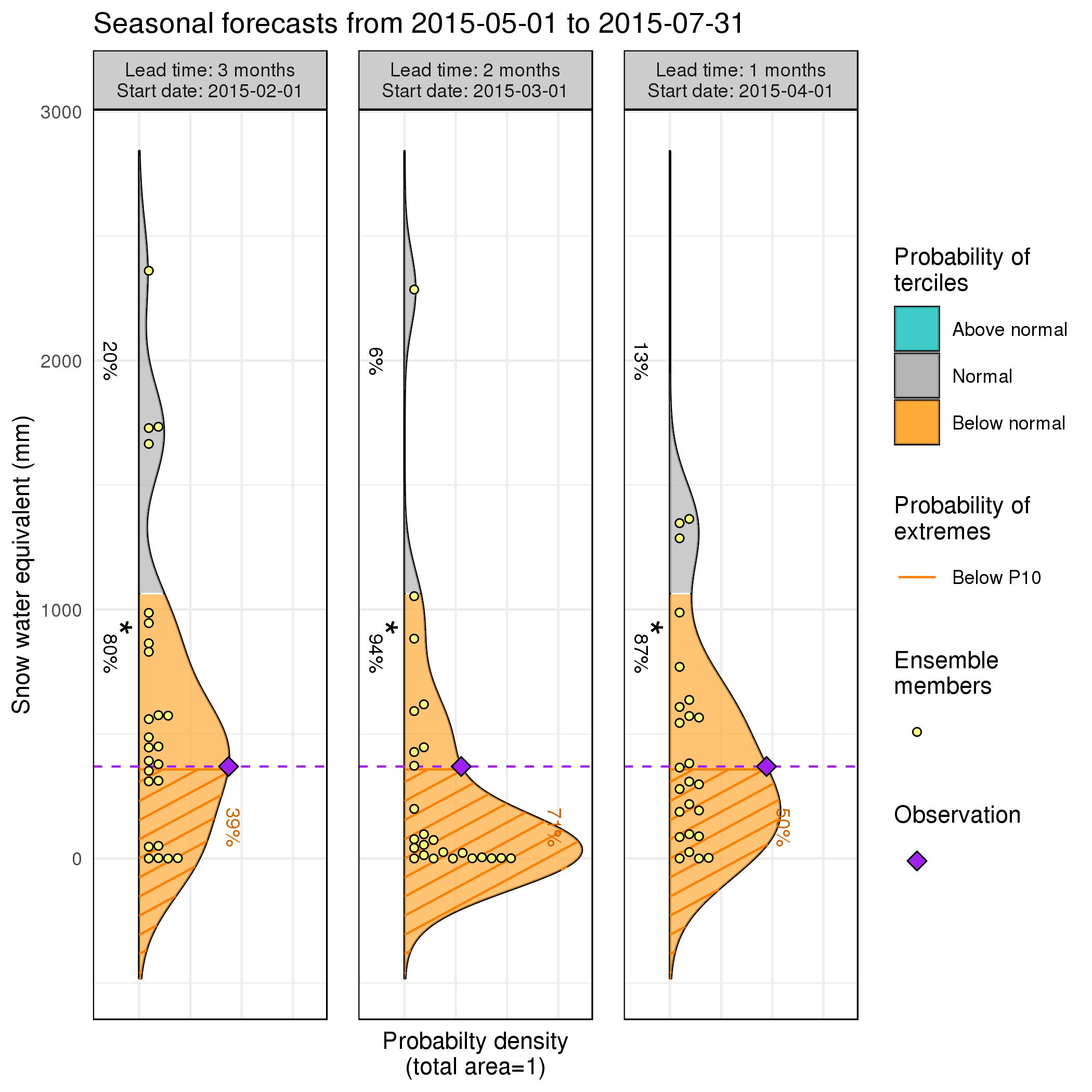 Forecasts for snow water equivalent for May to July 2015, based on bias-adjusted ECMWF SEAS5 forecasts and the E-HYPE hydrological model. Lead times range from 1 to 3 months. Graph from case study factsheet.

However, the seasonal forecasts also underestimated the amount of rain and how high the inflows would be, indicating how challenging it can be to incorporate such forecasts into the decision-making processes of hydropower producers.

For more information, please see Factsheet 4 in the Case Studies section of the S2S4E site, which sums up the most important findings from the case study.