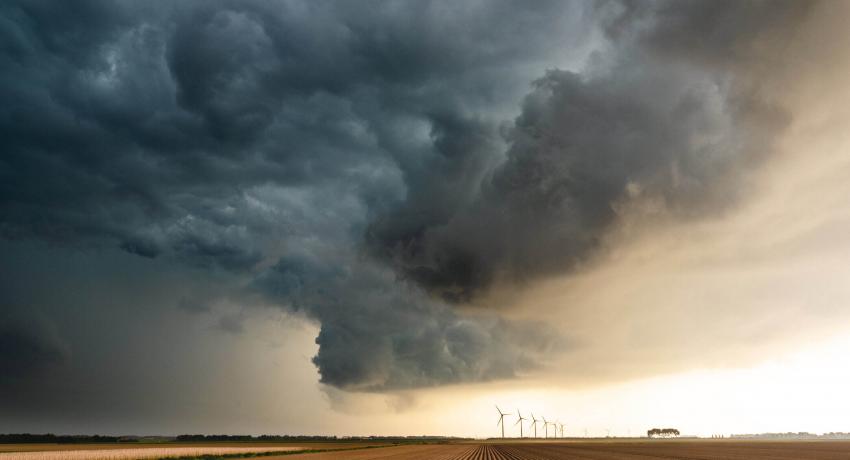 The increasing share of weather-dependent renewable energy makes it more important to have early information about the weather to come. The energy transition therefore increases the need for subseasonal and seasonal forecasts.

A couple of decades ago, when most of the electricity consumed in Europe was produced either by conventional power plants fuelled by fossil fuels or by nuclear power reactors, the amount of power generated was largely independent of the weather.

Back then – in power systems characterised by a low share of renewable energy – only electricity consumption tended to vary in line with changing weather conditions. Electricity consumption usually rose both when it got so cold that people turned on their electric heaters to stay warm, and when it became so hot that they used air-conditioning systems to cool down.

However, due to the expansion of renewable energy, this has now changed. There are today many wind turbines, solar panels and hydropower plants supplying European consumers with clean electricity, and the share of weather-dependent power generation is increasing in line with the further development of wind, solar and hydropower.

One of the main challenges with electricity produced from renewable sources is that they are weather-dependent. The amount of wind or solar power produced varies depending on how windy or how sunny it is, respectively. Power production at run-of-river-hydropower power plants is also weather-dependent and varies depending on how much water there is in the rivers where they are located.

Many hydropower plants have reservoirs, however, where they can store water and use it when needed. The reservoirs fill up during periods with heavy rainfall and snowmelt, and the water levels in them fall during periods with dry weather. This means that hydropower production is less dependent on the weather conditions on any given day than is wind and solar power generation.

The increasing integration of renewable energy into the power mix is making the electricity supply more vulnerable to changing weather conditions and climate extremes such as droughts, storms and floods, and is leading to increased weather-related risks for both grid operators and energy producers.

As a result, both accurate weather forecasts and high-quality and skilful subseasonal and seasonal forecasts are becoming increasingly important to ensure that there is enough available generation at any time to meet demand.

As part of the S2S4E project, researchers have analysed modelled power consumption across 28 European countries, and in Europe as a whole, over the past 40 years to identify the meteorological situations with the highest demand.

The researchers found that in the period from 1979 to 2018, the highest power demand events have occurred on cold, sunny winter days with lower-than-average temperatures, near to average wind speeds and above-normal solar radiation. Situations with very high electricity demand are stressful for grid operators, as they can lead to blackouts if power demand is higher than supply.

However, on these days, the higher the installed capacity of solar and wind power, the bigger the supply of electricity would be from wind turbines and solar panels. Because average wind speeds and solar radiation translate into average wind and solar power production, the weather conditions that can lead to a risk of blackouts are likely to change as the share of renewables in the electricity supply increases.

In a future characterised by a high share of renewable energy in Europe’s electricity system, security of supply will no longer be at risk mainly on very cold, sunny winter days. The S2S4E researchers found that potentially stressful conditions will instead be associated with relatively milder temperatures and particularly low wind over the North Sea region, where many of Europe’s offshore wind power farms are located.

Subseasonal and seasonal forecasts are still at an early stage

To ensure security of supply, improve risk management and plan their future energy supply, energy companies and grid operators need information about the likelihood of different weather conditions occurring over the coming weeks and months.

Subseasonal and seasonal forecasting is still at an early stage, and it is very challenging to link the complex probabilistic information it provides to specific industry applications. Scientists have been investing considerable effort and resources to improve these forecasts over the past decade, and have made substantial progress.

Subseasonal and seasonal forecasts are now able to predict the evolution of some large-scale extreme weather events several weeks in advance, and to show whether the upcoming season is likely to be drier or wetter, or hotter or colder, than normal.

However, more research is needed to increase the reliability and accuracy of subseasonal and seasonal forecasts, and research programmes should therefore continue to focus on further developing and improving these forecasts and on how such forecasts may become more user-friendly.