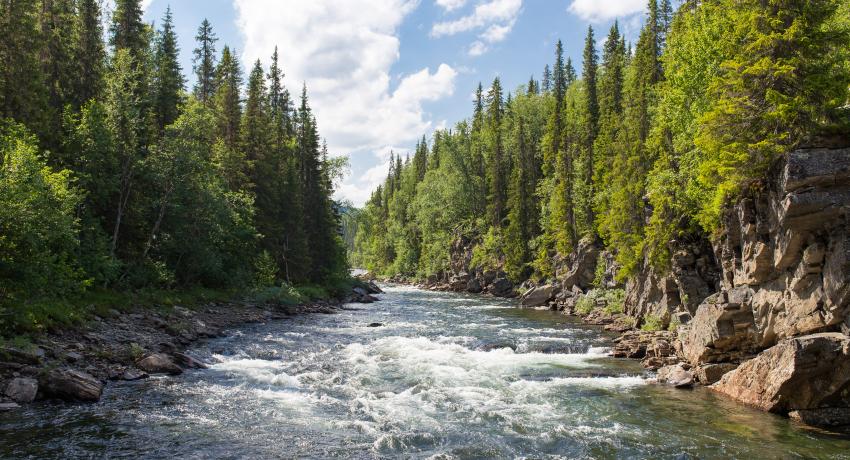 The quality of seasonal forecasts for flow in rivers in Europe is generally good, but varies depending on local conditions, a recent study by the Swedish Meteorological and Hydrological Institute (SMHI) has found.

The study was done as part of the EU-funded S2S4E project, and was published in scientific journal Water Resources Research in May.

It shows that the water volumes in rivers in Europe are well predicted, but that the predictability of the forecasts varies both seasonally and according to local geography and hydrological regime.

According to the study, the accuracy of the forecasts increases with reduced lead time, and the most difficult time of year to predict river flow is in the winter.

Moreover, the predictability of the forecasts is in general higher for rivers that respond slowly to precipitation – such as those that are influenced by snow melting, dampening from lakes or wetlands, and groundwater contribution.

On the other hand, the rivers for which it is the most difficult to predict streamflow, are those that responds quickly to precipitation and are located in cold and dry climates.

Could improve the understanding of climate-related risks

“The study brings new knowledge on the factors controlling the quality of seasonal streamflow forecasts,” says Ilias Pechlivanidis, scientific leader in the area of forecasts of water variables at SMHI and the lead author of the study.

“This knowledge could be of great value to decision-makers within the field of hydrology and water management, as it could improve their understanding of climate-related risks,” Pechlivanidis adds.

The study is based on an analysis of about 35,400 basins in Europe which vary in terms of climatology, scale and hydrological conditions. For each of these basins, the researchers involved in the study calculated a set of descriptors that represent its local physiography and hydro-climatic conditions.

These were then linked to the performance of the seasonal streamflow forecasts, which were calculated using meteorological forecasts from the European Centre for Medium-Range Weather Forecasts (ECMWF) – one of the world’s leading weather agencies – and fed into SMHI’s pan-European E-HYPE hydrological model.

SMHI is one of the partners in the S2S4E project and provides data to the new, online forecasting service developed by the project, the S2S4E Decision Support Tool.