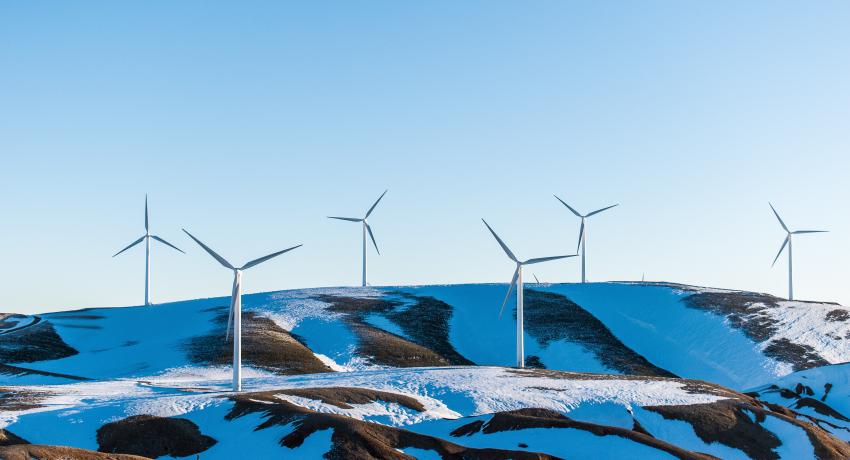 A cold spell in France in January 2017 led to a jump in electricity demand and power prices. Sub-seasonal forecasts could have helped French power producers better prepare for this situation, research by S2S4E shows.

Meanwhile, for the month of January 2017 as a whole, power demand in France was on average 14.3% higher than in January 2016. At the same time, there was also little wind, which resulted in French wind power production dropping by 29% compared to the same month the previous year, RTE data shows.

Nuclear electricity generation was also lower than in January 2016, with maintenance work at several nuclear reactors in the country resulting in nuclear power output decreasing by 2.6% year-on-year.

The combination of high demand and tight supply led to a risk of blackouts and caused electricity spot prices to jump. That month, the French spot price averaged EUR 78/MWh – the highest level since February 2012 – and the hourly price exceeded EUR 100/MWh for most hours between 8:00 and 20:00, according to RTE.

In comparison, the average spot price in France in January the previous year was EUR 33.60/MWh, and hence less than half of the average price for January 2017.

Sub-seasonal forecasts could have predicted the cold weather

A detailed case study assessment done as part of the S2S4E project (see in deliverable 4.1) has found that if the French power producers had used forecasts for up to four weeks ahead – so-called sub-seasonal forecasts – in their decision-making, they would have known almost four weeks in advance that power demand would surge in the second half of January due to cold weather.

This would also have enabled them to become better prepared for this situation, for example by postponing planned maintenance work at some power plants.

As a part of the case study, sub-seasonal forecasts were produced for the week when the power situation in France was at its most severe – from 17-23 January – based on data from the European Centre for Medium-Range Weather Forecasts (ECMWF), one of the world’s six leading weather agencies.

Temperature forecasts proved the most accurate

These sub-seasonal ECMWF-based forecasts showed already on 22 December that there was a 44% probability that temperatures in France would be around freezing in the week starting on 17 January, and the probability increased as the forecasts were updated. Three weeks in advance, these forecasts predicted that power demand that week would also be above normal.

However, the wind forecasts were less successful, and in the weeks leading up to the cold snap, sub-seasonal forecasts inaccurately indicated that wind speeds would then be above or around normal.

One week before, however, the forecasts changed, and started showing that there was a likelihood of below-normal wind speeds. Nevertheless, these forecasts markedly underestimated how little wind there would be, according to the study.

The researchers behind the study conclude that the sub-seasonal forecasts “would have been relevant and beneficial” and “offered an added value”. The forecasts for temperature and electricity demand “would have helped the energy companies” prepare for the cold spell, and if they had used these, the critical situation in the French electricity market in January 2017 could potentially have been better addressed.