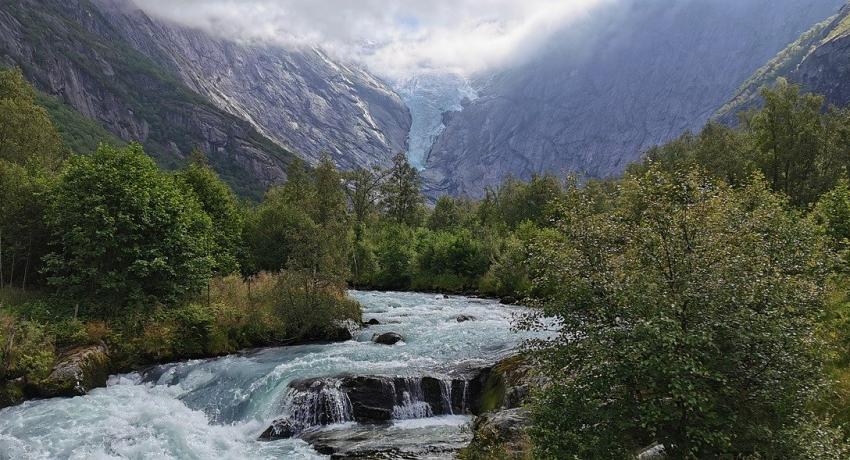 Electricity prices in the Nordic countries are likely to be unusually low this summer amid high inflows to hydropower plants, caused by a combination of a very snow-rich winter and late snowmelt.

“May was cooler than normal in Scandinavia and June has also started on the cool side. This has led to snowpack melting a bit later than it usually does,” Nathalie Schaller, a senior researcher at CICERO Center for International Climate Research, said during a webinar organised on 8 June as part of the S2S4E project.

“There was a lot of snow this winter, and snow levels in many parts of Norway are set to remain above average over the next couple of months. This means that there is a strong signal in the forecasts for inflows to the country’s hydropower stations to be above normal this summer,” Schaller said.

“Weather-wise, however, the latest forecasts for June, July and August indicate that we may see a rather normal summer in Scandinavia,” she added.

This view was shared by Gabriele Martinelli, who is lead quantitative analyst for the European power market at analysis firm Refinitiv, and who was also among the webinar speakers.

“The weather impact on the Nordic spot price is massive, and it is mainly hydro-driven. We now have a snow and soil surplus of 27 TWh, which means inflows will remain above normal the whole summer,” Martinelli said.

“Reservoir levels in the Nordics are expected to be very high this summer. The reservoirs are not full now because we are at the beginning of the melting season, but we expect them to reach extreme levels in mid-October,” he said.

“The last time reservoir levels were as high as those we expect in mid-October was in 2015, when filling levels reached around 90%. This year we are expecting them to become even higher,” Martinelli added.

In summer 2015, very wet and windy weather caused wholesale power prices to plunge. After having fallen all summer, the Nordic system price hit a 17-year low in late July and remained weak all autumn.

According to Martinelli, Refinitiv expects the Nordic spot price to average around EUR 6-7/MWh in July – markedly lower than last July’s average of more than EUR 35/MWh.

Further out, the Q3 contract in the electricity forward market is currently trading at around EUR 14.50/MWh, which is also well below Q3 last year’s average of around EUR 35/MWh.

“Market players are expecting power prices to remain low for the rest of the year. We could also see some negative prices this summer, but it won’t be on a large scale,” said Olav Vilnes, an editor at energy news agency Montel.

Martinelli agreed, saying that “the risk of negative power prices is much lower in Norway than in many other countries” because Norway can switch off most of its hydropower plants.

“Market participants are aware of that, and that is actually one of the reasons why Norway is very attractive for wind farm producers,” Martinelli added.

The webinar – entitled “Nordic energy market: Summer outlook” – was organised as part of the EU Sustainable Energy Week 2020 by the EU-funded S2S4E project. The S2S4E project is working to make long-term forecasts more reliable and useful, and to achieve this goal, it has developed a new forecasting tool, the S2S4E Decision Support Tool.

“Anomalous weather conditions or anomalous seasons such as very cold winters or very hot summers can disrupt energy production,” said Jana Sillmann, a research director at CICERO. It is thus important for energy companies to get information about such events in advance.

“Sub-seasonal and seasonal forecasts, such as those within the S2S4E Decision Support Tool, can help the renewable energy industry make informed decisions and prepare for such extreme weather events,” Sillmann added.

The webinar was moderated by Richard Sverrisson, editor in chief Europe at Montel. You can watch it in full in the video below.