When a pandemic coincides with extreme summer temperatures 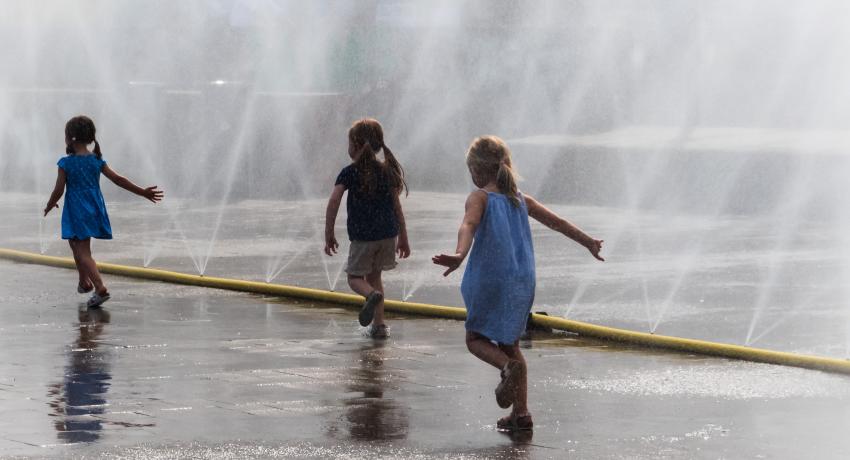 The COVID-19 crisis can exacerbate the effect of extreme heat events on public health. Sub-seasonal forecasts to help predict and prepare for such events are provided in the S2S4E Summer Extremes outlook.

Extreme weather events are becoming more frequent and intense as a result of climate change. In the summer, prolonged periods of unusually high temperatures or heatwaves are increasingly occurring. Heatwaves can last for several days or even weeks, and have a significant impact on human health and wellbeing, and a number of socio-economic sectors, such as agriculture and energy.

Vulnerable populations are directly at risk

Exposure to extreme heat can have a severe effect on health, leading to illness (such as heat strokes and severe dehydration) or death, particularly in more vulnerable population groups. The elderly, people with pre-existing health conditions and those working outdoors are more vulnerable to the effects of high temperatures in the summer.

Heatwaves can also increase social injustice, since lower socioeconomic groups living in densely populated buildings with a lack of insulation and no access to cooling systems will be more severely affected.

Coping with heatwaves during a pandemic

Publicly accessible spaces, such as public buildings, shopping malls and parks, provide citizens an opportunity to cool down during extreme heat events. Therefore, they are particularly visited by the public with no access to air-conditioned buildings.

The COVID-19 pandemic saw about half of the world population confined at home in early 2020. As a result, access to public spaces is still limited to avoid large group gatherings and reduce the risk of infection. Studies suggest that the rates of transmission could be lower in the summer, although there is still uncertainty over the disease seasonality. Infections are still identified in many countries, leading to the establishment of partial confinements. Therefore, working from home and restrictions of large gatherings are likely to continue during the summer season.

As a result of the pandemic, residents might have fewer opportunities to access public or work spaces in order to escape the heat when unusually high temperatures occur in summer 2020. As a consequence, the installation and use of air conditioners at home could see an increase during the summer season, especially in warmer regions of Europe, although this capability will be severely limited by available resources.

It is expected that the increased use of domestic cooling systems and working from home will lead to a shift in power consumption patterns. This might translate into a sharp rise in residential electricity demand and utility bills when extreme heat episodes occur during the pandemic.

In 2019, Europe was hit by several heatwaves, with record-breaking temperatures recorded in many cities across the continent. For instance, France recorded temperatures of up to 45°C in some regions, and saw a high death toll as a result of the heat.

Sub-seasonal forecasts, which are available 1-4 weeks in advance, can help predict extreme summer temperatures, and give the population and energy companies enough time to prepare for such events.

The heatwave episodes of summer 2019 were predicted by sub-seasonal forecasts issued 1 and 2 weeks in advance, as shown in a factsheet recently published by S2S4E on summer extremes.

Anticipating summer extremes is particularly important during the COVID-19 pandemic. Within the framework of the S2S4E project, a Summer Extremes outlook will be published every week, and will show the sub-seasonal forecasts for 1-4 weeks ahead. A detailed guide on how to interpret the forecasts is included in the Summer Extremes factsheet.